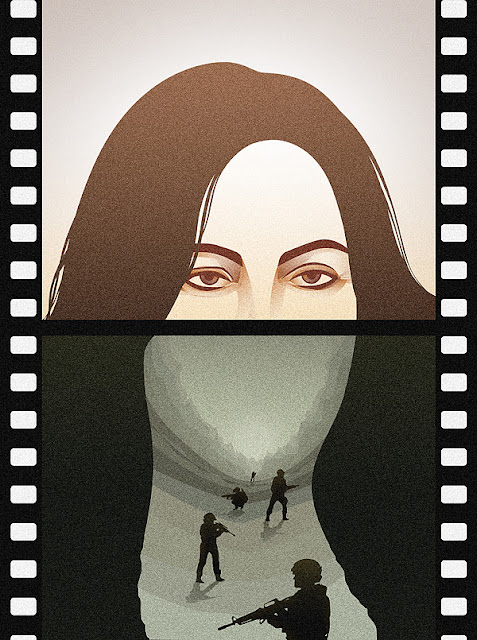 He's like the snotty third brother after Jason Bourne and James Bond. "Alright Jack, it's down to you!" What I find most interesting about all three of these characters is just how fatally flawed they are, and how those flaws are necessary to survive in their imaginary, yet hyper-realistic worlds.

I mean Jack is pathologically patriotic, verging on amoral. He's killed, died, tortured, and maimed for his country:


James, his eldest brother is smooth (or more accurately: worn), well equipped, highly integrated into the establishment and completely incapable of deep emotion, an inner world, or even a lasting relationship.

Then there's Jason, who starts off not knowing who he is, knows he has all the wrong instincts, and is on the wrong side of the establishment. He just wants to be free, to escape, and to live. Unfortunately he reluctantly has to accept his hyper-reality and kick ass to do it. With one long term relationship, he seems all inner world, no show, and in the last movie rarely showing his real feelings at all.

Of the three, arguably, he's the most humane, as he describes one person's struggle to regain their humanity, their freedom, against the impersonal forces of the state, and the mistaken assumptions they have about him. Ironically, he's also the least integrated. Jack, pathological, is the next most integrated with CTU, and James, cold, hard, emotional James, is the most integrated, celebrated in MI6. They are all very successful and very believable in their roles on screen. We pay a lot to believe they act realistically, and rarely think too deeply about what their life choices might mean in the real world, I guess our world.

The problem, as I see it, is that integration into society is a different matter from integration into the state. Society is people, and the state is the machinery that enables politicians to feel safe. The politicians convince people that their safety is the people's safety, and the propaganda machine calls up their icons in the form of Jason, Jack, and James to step into the limelight and dispose of our worries. Don't worry. Sleep easy. Jack is somewhere torturing someone evil. James, or someone like him is sleeping with some great looking girl while thwarting the terrorists. Meanwhile, Jason is off somewhere else annoying the Russians. The world makes sense.

Except, that I feel horrified when I look at torture scenes. I pull back with disgust when I see James shrug off the brutal murder of his lover from last night, and I wonder at the corruption of the machinery of state which would allow someone like Jason Bourne to even be conceivable. These characters don't make life easier for me, they are symbols of something which has gone horribly wrong: namely the use of violence to respond to alienation.

I understand that it is inevitable given the poor quality of information on the Islamic world, for the people of the West to be radicalised. After all, they have been shown from birth nothing else except movies, programmes, games, and preachers denouncing Islam, muslims, and the middle east. They are given distorted images, misinformation, and never really have a chance at real experience of the wider world, or of Muslims. They grow up believing everything they are told is true. Or substantially true, or mostly true. Then they meet muslims, and operating on misinformation get very alienated by them, or alienate them in return, and retreat to their illusions of Jack 'solving' the problems of society using violence and drama.

Of course after growing up and idolizing Jack Bauer they would think it's okay to torture muslims - for example in Abu Ghraib. Soldiers went there and 'suspended' their humanity: committing atrocities which are even now shocking to the kinder gentler souls which make up the general civilian population of both East and West. This was after growing up hating the Nazis for doing the exact same thing to Jewish people and other minorities under Hitler. Of course when they think of Jason they unconsciously act as though all govermental edicts are set in stone, and everyone is amoral, project Blackbriar is just the way it is and people better 'wake up'.

It doesn't occur to them that systematic misinformation seriously distorts their view of the world, conditions them like monkeys with guns, and they have been trained not to think of people as people, but as targets, as objectives, as obstacles, or even as fodder. Russians similarly had no deep understanding of the countries they invaded, they were radicalized to their cause, much as societies in Europe and the States are to this day.

The misbelief that one will have the final word on security matters because one has more guns and more psychopaths willing to use them is the excuse for political violence from every faction, or government across every conflict in the world today.

Of course, as Muslims, we do know we are the targets for extermination. Just turn on the news and you'll see us being killed in the thousands, every single day. Alienation is a common problem, a societal disease which people must come to terms with by engaging with their surroundings, trying to build communities, and relationships, and of course, at all costs avoid violence. It is natural for those people damaged by violence to assume aggression in others, until they have spent long enough with those of us who genuinely seek peace and progress to feel their fears quell. This is not an easy process, it is hard.

It is also what separates a mature conscious civilisation from one which relies on knee-jerk responses to fringe elements through atrocities to sustain the illusion of political stability. Osama, Bush, were very alike in the response they engendered from their 'target audience': Anyone who stops for a moment to consider it will realize that people may forget yesterday's news very easily, but they remember the loss of their sister their whole life.

We should not, then, under any circumstances send people to war, to respond to violence through violence, or suggest that there can be anything cathartic in killing. Key among these should be condemnation of any violence against civilians.

People must live, they must eat, they must work, and they must have places for their children to play. Blockading them with sanctions, denying them food and medicine, or suicide bombing busloads of people on the daily commute: these things are entirely and forever unacceptable.

The response to alienation is to reject it as a social norm: to extend your hand of friendship until it is taken. To shrug and work, and play together until finally it makes sense that in our world different people do different things, yet together.

Killing people because someone in a suit or a turban tells you to is not the way forward.